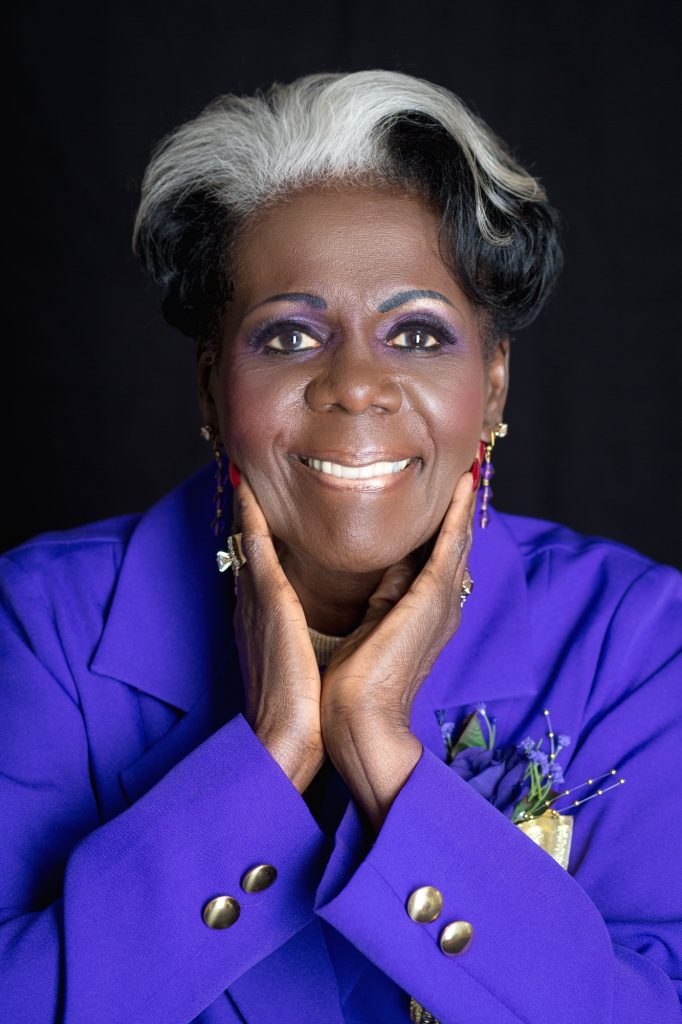 Camille Doughty was born to Ernest and Bertha Doughty, being raised in Columbus, Ohio where she received her education and musical tutelage. She started singing publicly early at age 10 with the Green Gospel Singers.
Church Affiliations Accepting Christ at age 12, Camille joined Highway Church of God and was a member of the Adult Choir with credit to her strong voice. Later, she became a member of the Mt. Hermon Baptist Church under the leadership of her uncle, Pastor Shellie R. Doughty, Sr. There she sang with several of the church choirs and became a frequent soloist. As a young teen, she was a lead vocalist with the Inspirational Choir and helped to direct the Annual Inspirational Choir’s Concerts. Some years later, she united with Friendship Missionary Baptist Church under the pastorate of Dr. G. Thomas Turner, Sr. where she was a featured singer with the Mass Choir and also directed for some time.

Camille moved to Michigan beginning April 1994 to serve in various capacities and ministries.

Camille has worked with many choirs, groups, and soloists locally and nationally throughout her musical career. She is considered one of the most talented Gospel and Contemporary Recording and Concert Artist in Central Ohio. Camille has made numerous appearances on TV and Radio programs commemorating the life of Martin Luther King, Jr. She was a regular guest and frequent host on the Eddie Saunders Presents television program televised weekly on WTVN Channel 6 (Columbus, OH). Camille was co-composer for the theme song Trouble in the Lord Will Soon Be Over with Bernard UpShaw (founder of the Psalmaneers Singers). As a result, she sung Elijah Rock for television production for tribute famous black artist Elijah Pierce. She also co-founded and managed the Gospel Evangeletts, who sang locally for a short period of time.

Performances and Appearances Camille has rendered numerous soloist concerts throughout her musical career and made appearances at many conventions, seminars, and workshops as a guest soloist. Due to her continued exposure in the gospel field, Camille has been featured on many concerts throughout the United States with such famous artists as: Mahalia Jackson, The Clara Ward Singers, The Caravans, The Roberta Martin Singers, The Davis Singers, The Gospel Harmonettes, The Staple Singers, Rev. James Cleveland, Rev. Andre Crouch, Evangelist Shirely Caesar, The Winans, The Sensational Nightingales, The Soul Stirrers, The Mighty Clouds of Joy, The Williams Brothers, and The Jackson Southernairs.

1991-1992 Featured guest soloist for the Columbus City Council Campaign of Les Wright along with Les Brown, the

Up Front and Personal Camille worked for General Motors Corp for over 28 years, which she spent 17 years working in Columbus and the remaining working in Detroit, Michigan. Her background and expertise has been in Executive Administrative Support assisting Plant Superintendents and Executive Directors in the Services Operations Division.

Camille is the proud mother of one son, Gary S. Banner, Jr. who is a very successful businessman specializing in Commercial Real Estate and Land Development in Las Vegas, Neveda where he resides. She has four grandsons. Garrett Eberhardt, Ilan Banner, Moshe’ Banner, and Eliezer (Eli) Banner and one great granddaughter, Ayva Banner.