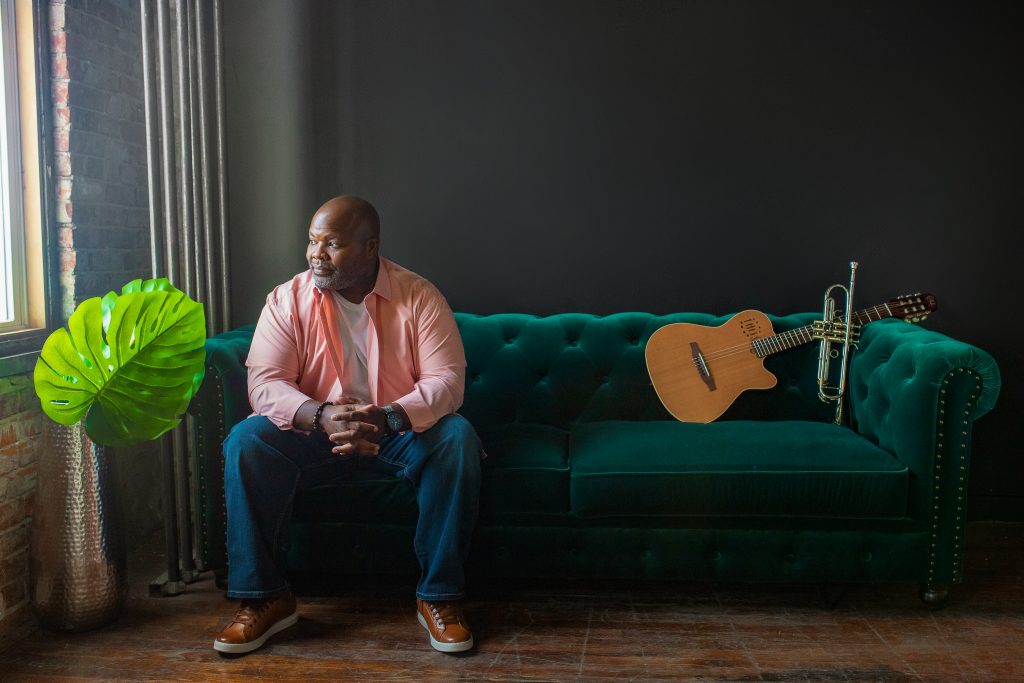 Derek L. Brown aka D. Brown is a singer, song writer, multi-instrumentalist, and producer. He has used what God has blessed him with to create music that has been described as “unique, authentic, worshipful, eclectic and sincere.” Born to musical parents D. Brown has been surrounded by music from the beginning.

Starting piano lessons in Junior High school with teacher Phyllis Tucker the interest and fire for music truly began. From joining the Marching band & Jazz band in High school; singing in the choir & mixed ensemble; on the invitation of a fellow trumpet player in the marching band joining the neighborhood group “Magic Connection” and feeling a pull from God co-creating the gospel group “Ordained” the love of music was showing itself to be a prominent factor in his life.

After stepping away for a few years he released his debut CD “Eclectic” in 2012, showcasing the myriad of styles of music that have influenced him throughout his life. Acoustically based, featuring the immaculately intimate and intricate instrumentation of D. Brown at his absolute finest – he’s taken care of every possible detail from start to finish, personally recording all the incredible material on his own in a genuine effort to create the most engaging, endearing, and exciting record in his career and catalog to date.