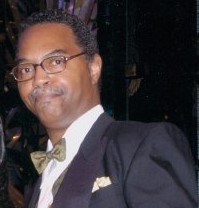 Elder Randall Ogans Sr. was born in the San Francisco Bay Area. He accepted Jesus Christ as his personal savior at the age of seven and has continuously been active in the Church. At age 10 he began studying and playing the piano and organ. At age 13, he began playing for choirs throughout San Francisco. He was trained in classical music but was gifted to play gospel music.

He is married to Elder DeBorrah K. Ogans. In 1995 they founded Alpha 7 Ministries. Through their ministry they have written and published a plethora of written works and are the Executive Producers of several Christian/Gospel recording artists. Being able to engage with a diversity of people, cultures, and ages all over the world provided him with a global perspective of God’s true universal Church, better understanding the opportunity, privilege, and calling to minister to all people.

On the heels of his first single release “We Need to Pray”, Elder Organs released “What A Friend” with his son, Dorian, presenting a few classic hymns, bathed in smooth instrumental arrangements. Additionally, Dorian and Elder Randall released, “Pass Me Not”.