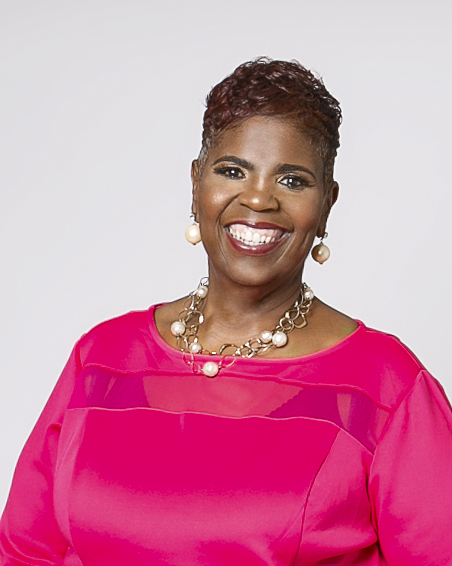 Sharon, fondly known as “Bunnie” to many began singing at the impressionable age of five years old in the Church of the Living God pastured by her father, the late Rev. W.L. Moore. Sharon is currently a member of Fervent Prayer Ministries, Pastor James W. Jackson. As an ordained minister, Sharon graduated Salutatorian of her class and is actively involved in the Prison Outreach Ministry and has a monthly service at the Indiana Women’s Prison. Her mission in life is to glorify the Lord Jesus with her life and be a living example of Jesus. To her musical credit, Sharon has performed in several musical plays and productions. She was recently featured in “Life Lessons” Magazine and was the headline singer for the musical tribute to Mahalia Jackson at the Walter Theatre. Sharon is the proud mother on one son, Reginald Moore and two beautiful grandchildren Reginald Jr. and Jeremiah.