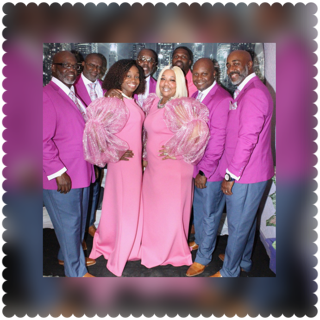 The legacy of the Cross Family from Ft Lauderdale FL officially began under the leadership of their father the late Gene Cross in 2016. Gene Cross was the long-time lead singer and manager for the Smiling Jubilaires, recording several hits such as Down at The Cross, The Lord Will Make A Way, Shine On Me, A Mother’s Journey, One More Time, and Healing Power to name a few. He retired from the Smiling Jubilaires to follow his dream of singing with his children and thus Gene Cross and the Cross Family was formed. The family sung together under the leadership of their dad gaining high praise and recognition for their poise and sound until February 8, 2018. The family made a vow to keep the legacy of Gene Cross also known as The Legend going and today still travels and minister under the name of The Cross Family. Now under the leadership of Eugene Cross also known as Lil Gene who is no stranger to the quartet world. The Cross Family consist of Eugene Cross (Lead Singer), Angie Cross (Vocals), Andre Cross (Bass Player/Vocals), Corey Drummond (Keyboards/ Vocals), Tyrone Cross (Vocals), Chanie McIntyre (Vocals), Maurice Cross (Drums/Vocals), Henry Brand (Guitar), and Michael Barr (Guitar). The Cross Family recently released their first single Walk All Over this year and are presently working on other songs to release a complete CD.